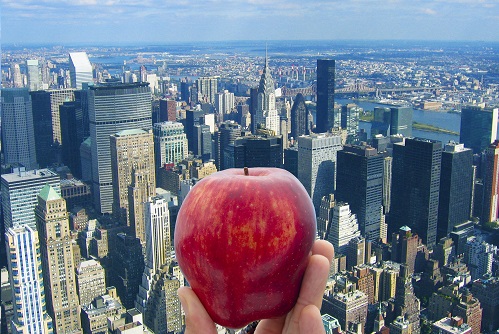 During the year ended March 2017, foreign investment in U.S. residential real estate increased by 49% to an all-time high of $153 billion. Foreign investors choose to invest in the United States for many reasons, including economic stability, a favorable legal climate, and the sheer variety of investment opportunities.

That diversity of options itself can make it difficult for foreign investors to settle on any one. To help narrow the field, international investors looking for a new opportunity should consider investing in New York City real estate for the following six reasons:

Most investors prefer that their holdings remain confidential. This becomes an issue when purchasing real estate, because ownership records are public. To help protect their privacy, many investors purchase real property through a business entity. When doing so, the name of the entity—not the investor—is listed as owner in the public records.

However, in recent years a handful of nations have taken actions to eliminate the confidentiality provided by a business entity. The following countries either have or are considering a public registry of ultimate beneficial owners—the individuals who own or control a company, directly or indirectly:

Additionally, the European Commission’s 4th Anti-Money Laundering Directive requires European Union members to establish a central registry of beneficial owners, which may or may not be made public. The Commission is currently considering an amendment to the Directive that would require those registries to be public.

The United States does not maintain such a registry. Some states require that the owners of a business entity be identified in the formation documents, which become public records. However, New York is not one of those states. By buying property through, e.g., a New York limited liability company, investors can expand their holdings while protecting their privacy.

Relatedly, 102 countries have adopted the Organisation for Economic Co-operation and Development’s Common Reporting Standard (CRS). Under the CRS, these nations will begin automatically sharing identifying information (such as name and tax ID) and financial information (such as financial account number and balance) about foreign investors.

More than half of the countries that have adopted the CRS began sharing information under the program in September 2017. These include:

The remaining countries will begin sharing information in 2018, including:

This automatic-sharing regime presents international investors with two potential problems: The first is that an investor’s home country may misuse the information it receives about the investor and his or her foreign property.

The second potential problem is that the systems for sharing information under the CRS are new and untested. Consequently, it is unclear whether the systems are secure enough to protect the information being shared from hackers or leaks.

The United States is the only major world economy that has not signed onto the CRS. Accordingly, it is not sharing such information with foreign investors’ home countries. In fact, in many cases it does not even collect the types of information that are shared under the CRS, making financial details about foreign investors more secure in the U.S. than elsewhere.

Despite the advantages of investing in the United States, many foreigners are reluctant to do so because they believe that U.S. taxes are prohibitively high. However, this impression is only partially true. Yes, combined federal and New York income tax rates can be as high as 65%, but investors should keep two caveats to that figure in mind.

First, income taxes in the United States are imposed on net income, not gross income. State and federal laws permit property owners to deduct common expenses associated with renting or selling their property. Second, with proper planning, the total tax burden can be reduced or eliminated.

For example, rental income is subject to tax by the U.S. and New York governments at a combined rate of up to 65%. But these taxes apply after expenses are deducted from gross rental income. Among many others, foreign owners can deduct the following expenses:

In addition to such actual expenses, property owners can also take a deduction for depreciation, which is an annual allowance for the gradual deterioration of property. The amount of the deduction is determined using a formula and the property’s basis—generally, what the investor paid to acquire the property.

In a properly structured 1031 exchange, income taxes that would otherwise be due upon the sale of a property can be deferred until the later sale of the property acquired.

As an alternative to selling, an investor may also qualify for refinancing his or her New York property. Refinancing—taking out a loan secured by property the investor already owns—enables the investor to obtain up to 50% of the property’s value in cash tax-free. Additionally, interest paid on the loan will be deductible from income generated by the property.

That last point raises another common misconception among foreign investors—that U.S. banks do not offer financing to foreigners. In fact, U.S. banks are willing to finance foreign customers’ U.S. investments, although they often impose more restrictions on such borrowers than on their domestic customers.

For example, a bank may limit the amount that a foreign investor can borrow, or require that he or she maintain a certain amount of money on deposit with the bank while the loan is outstanding.

Both the New York and U.S. constitutions provide strong protections for private property rights. Although the government does have the power of “eminent domain,” under which it may take private property in some circumstances, that power is not akin to simple confiscation. Rather, it is subject to three important limitations.

First, when the government exercises its eminent-domain power, it must pay the owner the fair market value (FMV) of the property it takes. FMV is measured objectively: It is the price that a willing buyer and willing seller would agree to, neither being under compulsion to buy or sell. If the government tries to pay less than FMV, the owner can challenge it in court.

Second, the government is only permitted to take private property for a public purpose. It cannot seize the property arbitrarily, to injure a disfavored owner, or to enrich a politically connected individual. Again, the owner can challenge the government’s actions if he or she believes the taking does not meet this standard.

Finally, the government must follow a lengthy, formal procedure to exercise its power of eminent domain. As has been noted, this procedure includes the possibility of challenge by the property’s owner all along the way.

New York City real estate remains a top choice for international investors for several reasons. Foreign investors considering new opportunities in the United States should carefully weigh their options by assessing the above advantages in terms of their own interests and investment goals.

Those interested in learning more about buying real estate in New York should contact the experienced attorneys of Dilendorf Khurdayan for more information.