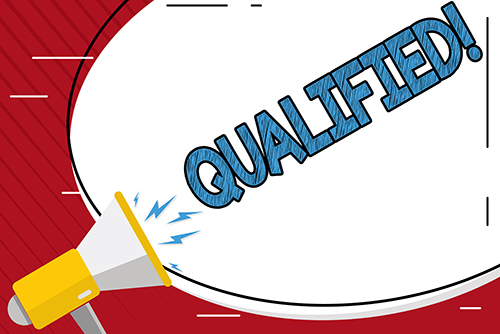 Another Year in Review: Current State of Reg A+ Tokenized Offerings

One of the noble goals of blockchain technology is fracturing assets into digital pieces so that the retail investors could easily purchase their fair share of early-stage investment products fueling startups and innovation worldwide. Naturally, exemption from registration for public offerings ratified in 2015 by the Jumpstart Our Business Startups (JOBS) Act as an amendment to Regulation A, commonly known as “Reg A+”, seems to be a good fit. Reg A+ allows to raise up to $50 million in a 12-month period from an unlimited number of unaccredited (aka retail) investors without registration as a public offering, but subject to the SEC review and qualification of an offering statement filed on the Form 1-A. Reg A+ is limited to equity or debt offerings, including instruments convertible into equity and is only available to US and Canadian issuers.

Reg A+ and STOs

It was not a surprise that projects contemplating security token offerings (“STOs”) with viable business plans and budgets lined up to go through the Reg A+ pre-qualification process with the SEC. It was also not a surprise that the SEC was not in a rush to qualify the first STO projects under Reg A+, as they were tasked with “approving” a public offering of something completely new in form:  uncertificated digital securities maintained on a distributed ledger without a central depository or an established secondary market, or “tokenized securities.”

First tokenized projects filed their Forms 1-A as early as in mid-2017 and are still awaiting qualification. Some practitioners attribute the SEC’s prolonged reflection to a learning curve, on the part of either the SEC or the issuers pioneering their way to properly disclose all of the material information about the new business model, technology and securities to investors in a Reg A+ offering circular.

In comparison, a Reg A+ pre-qualification process for a well-prepared non-tokenized project, including several rounds of comments and review, can take 2-3 months. Any learning curve should have been surpassed by now. This leads to a more categorical question – are there inherent obstacles making STOs unsuitable for Reg A+?

While the SEC’s comments that could have answered the question directly are not open to the public, drafts of Reg A+ offering circulars with successive amendments are. Such amendments, which projects have been making to their offering terms pending the SEC review, may shed light on some reasons behind the SEC’s hesitation qualifying Reg A+ tokenized offerings.

Just a few days ago, StartEngine’s Reg A+ tokenized offering received a long-awaited qualification from the SEC, which may have made it the first tokenized project approved under Reg A+. But at what cost?

StartEngine’s path to Reg A+ qualification

StartEngine, a renowned equity crowdfunding platform, is not a rookie in the Reg A+ field: its services include facilitating Reg A+ offerings through StartEngine platform with a track record of over a dozen hosted Reg A+ sales. Also, StartEngine raised $5 million in its own non-tokenized Reg A+ offering last year. StartEngine has been an active participant in the blockchain space and has applied for the SEC qualification of its second own Reg A+ offering – now of tokenized equity – in the late June of 2018. Since then, StartEngine has amended its preliminary offering circular 6 times before getting qualified.

The changes provide insight into the SEC review process and a tokenized offering’s path to long-awaited qualification under Reg A+, at least on StartEngine’s example.

Initially, in the preliminary offering circular dated June 28, 2018, StartEngine planned to offer its common and preferred stock “in the form of electronic tokens” – “common tokens” and “preferred tokens” – to “be delivered on the Ethereum Blockchain using a smart contract.”

Two months later, following the first round of the SEC’s review, StartEngine filed the second preliminary offering circular. Under the revised offering terms, StartEngine was to deliver the shares in a book-entry form and, only at the investors’ option, in the form of tokens. StartEngine also considerably expanded its disclosure of the risks related to smart contracts, including the smart contract’s very limited functionality – purely to restrict any transfers of the tokens. Also, StartEngine added an express condition that any transfers of the offered securities require a transfer agent’s off-chain validation (Reg A+ mandates that an SEC-registered transfer agent is retained to conduct the offering). Moreover, ownership of the tokenized shares in the case of any discrepancies was now determined based on the company’s stock ledger maintained by the transfer agent and not based on the investor’s token wallet.

In the most recent 6th version of the preliminary offering circular, dated March 7, 2019, after which the SEC finally issued the Reg A+ qualification notice to StartEngine, issuing tokens to investors at the time of the offering is not even an option. Almost every reference to the tokens and every reference to the smart contracts has been removed, together with the option of purchasing the securities with cryptocurrency. In the course of the SEC’s review, StartEngine amended its Certificate of Incorporation reclassifying “Series Token Preferred Stock” into “Series T Preferred Stock.”

What is left of tokenization in StartEngine’s Reg A+ offering? Not so much. The token is substantively mentioned in two identical sentences as a potential digital stock certificate that StartEngine plans to provide to investors once StartEngine’s blockchain technology (LDGR) is developed. “Smart contract” technology is not mentioned at all.

What can this mean? Is the tokenization process itself not developed to be implemented as expected, or is the SEC still not comfortable with the new way of issuing digital securities? Time will tell as more projects pave their way through Reg A+ qualification process for tokenized equity offerings. In any event, StartEngine’s Reg A+ qualification is a step forward in this new market that is still maturing but has developed considerably in the past year.

Can the same logic be applied to the tokenized offerings exempt from registration and the SEC’s qualification, like the prevalent STOs under Regulation D (“Reg D”)? Possibly. While Reg D issuers do not need the SEC’s sign-off to access accredited investors or employ a transfer agent to control the offering, Reg D issuers might be dealing with the similar practical challenges at the time of issuance or in the future.

Many Reg D offering documents for tokenized securities provide that such securities will be issued and traded on a blockchain without properly disclosing the current state of technology, the ability to issue such digital assets and associated risks. Any issuer of tokenized securities, whether Reg A+ or Reg D, should sufficiently disclose all the procedures and risks related to the tokenization technology, including the development and deployment of smart contracts. Issuers should also provide for a plan B if a tokenized offering cannot be completed as planned.

What if the token with the praised automated and decentralized features is not developed anytime soon? What if the developed token will not be compatible with the chosen regulated ATS? Will such tokens have to be recalled and replaced? If so, under which legal framework? How should the token be properly described not to mislead investors in the SEC’s view? Should the incorporation documents be tailored? Are the cryptocurrency payment option and associated risks properly disclosed to investors? These are some of the questions that should be addressed by all STO projects in advance, regardless of the pursued exemption from the SEC registration.

The SEC qualifications of Reg A+ tokenized security offerings in their intended form are not happening but the projects are adjusting to fit in while the technology and regulations are being developed. On the bright side, the market is still maturing and the technology seems to be adjusting faster than the laws do.