Chat with us, powered by LiveChat
CALL TODAYEMAIL US 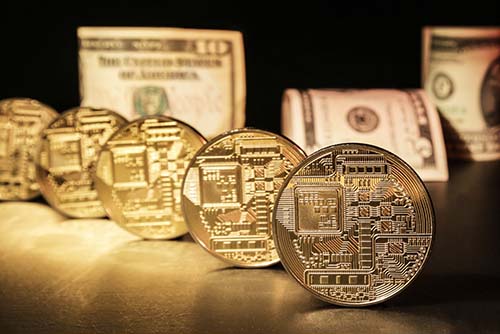 The history of virtual tokens thus far has involved various attempts to limit the likelihood of being classified as a security under U.S. law. During 2017, many blockchain developers designed their virtual tokens as utility tokens (as distinct from security tokens) in the hope that doing so would insulate them from U.S. securities regulations.

A security token is a virtual token that represents partial ownership of a business, financial interest, or real-world asset, and it has always been widely understood that security tokens must comply with securities regulations.

But the Securities and Exchange Commission (SEC) has made clear that the practical distinctions between utility tokens and security tokens are irrelevant from a legal perspective. As it becomes more obvious that all token sales are subject to U.S. securities laws, more developers are beginning to seriously explore security tokens as a viable capitalization option.

Developers that do so will find that security tokens provide a wide range of flexibility in structuring investors’ interests, as well as numerous advantages over more traditional types of securities.

Security tokens remain in their infancy, and the potential variety of security tokens has not yet been realized. At a general level, today security tokens can be thought of as falling into one of four categories: equity tokens, asset tokens, debt tokens, and profit-sharing tokens.

Equity tokens represent an ownership or other financial interest in a business entity or business venture. Such interests may include the right to control the business, the right to distributions from the business, or both. The extent of any such right may vary.

For example, holders of equity tokens may have unlimited, direct-democratic control over all business decisions. Or they may function more like shareholders in a corporation, with general management being delegated to a board-of-directors-style body; or more like limited partners in a partnership, with very limited control over the business.

Asset tokens represent ownership of a real-world asset, such as real estate, diamonds, or fine art. Such tokens may afford rights similar to equity tokens. For example, a token representing ownership of a shopping center could entitle its holders to control the real estate (choose whom to lease to, e.g.) and receive distributions (e.g., out of rents).

Tokens can also represent partial ownership of a liability. Such debt tokens could be issued by corporations or municipalities in place of traditional bonds. Or home mortgages could be crowdfunded using debt tokens, with payments on the mortgage being divided amongst tokenholders based on their holdings.

Security tokens may provide their holders with a right to money distributions from the issuer, without a right to control its business. Profit-sharing tokens may be used in the future to compensate employees, who can then hold the tokens and continue to receive distributions or sell them for a quick, lump-sum payment.

Although security tokens may seem like they only change the form of traditional investments—replacing a stock certificate with a virtual token, e.g.—the tokenization of traditional securities and development of new ones could revolutionize securities markets worldwide. Tokenization affords several major advantages over traditional forms of securities:

Of course, some of the advantages offered by tokenization of securities may be offset by adverse regulations. This topic will be discussed in more detail in a subsequent article in this series.

Security token offerings (STO) represent a promising new method of raising funds for blockchain startups. Such tokens offer flexibility for developers and investors alike, allowing for varying degrees of control over and financial rights in the underlying asset, whether a business, financial interest, or real-world property. And tokenizing securities affords numerous advantages for all involved.

Of course, sales of such tokens remain subject to the requirements of U.S. and other securities laws, but in this regard, they are actually no different from utility tokens. Accordingly, companies interested in exploring the issuance of a security token to investors should consult a knowledgeable blockchain lawyer beginning in the earliest planning stages.