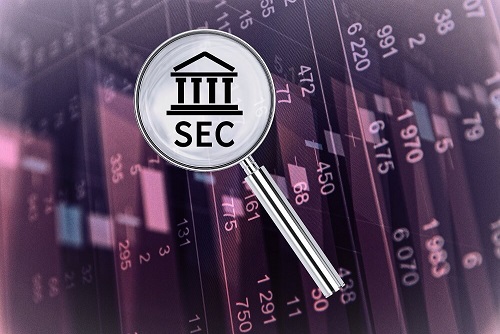 When Virtual Tokens are Securities in the United States

Considering the recent success of ICOs, it would be easy for developers to overlook the serious legal risks that come with such ventures. One of the most significant risks facing virtual tokens is that they may be a security under state or federal law. If so, then they must be registered with the SEC or state government—a lengthy and cumbersome process—before they can be sold.

Federally, securities are governed by the Securities Act of 1933 and the Securities Exchange Act of 1934. These federal laws define “security” broadly, listing a long series of particular instruments that qualify—such as notes, stocks, and bonds—and more general categories such as “investment contracts.” State laws generally use a similarly broad definition.

In determining whether an instrument or investment is a security, courts have adopted several different tests. The landmark case for defining investment contracts under federal law–which many states have adopted in interpreting their own state law—is SEC v. W.J. Howey Co. (Howey), a U.S. Supreme Court case from 1946.

In Howey, the Supreme Court explained that an investment contract is “a contract, transaction or scheme whereby a person invests his money in a common enterprise and is led to expect profits solely from the efforts of the promoter or a third party.”

1. An Investment of Money

An investment contract must involve an investment, but—despite the Supreme Court’s use of the term “money” in Howey—the investment need not be made in cash. An investment of anything of value will satisfy this element of the Howey test. In the virtual-token context, that could mean investments of Bitcoin or Ether, two cryptocurrencies commonly accepted in ICOs.

Because each of the above three definitions are used in parts of the country, blockchain developers must consider the impact of each on their ICO.

The third element of the Howey test is that investors are led to expect profits. In this context, “profit” is used broadly to mean a return on an investment. It can refer to dividends, other periodic payments, or merely an increase in the value of an investment. This element may be met where, for example, marketing materials for a virtual token tout its possible future appreciation.

4. The Efforts of The Promoter or a Third Party

Finally, to be an investment contract, the profits must be expected to result from the efforts of the promoter or a third party. Although the Supreme Court in Howey said that profits must “solely” result from others’ efforts, subsequent decisions have clarified that the standard is profits predominantly resulting from such efforts.

Another test that those planning an ICO should be aware of is the family resemblance test, used to determine whether a note is a security. Although the definition of security in federal law explicitly includes notes, the Supreme Court has explained that not all notes qualify.

The Supreme Court adopted the family resemblance test for notes in the 1990 case Reves v. Ernst & Young. That test establishes a three-step analysis to distinguish notes that are securities from notes that are not:

At steps 2 and 3 of the family resemblance test, courts are instructed to consider the following four factors:

Finally, state law in more than a dozen states uses a third type of test to determine whether an investment is a security: the risk capital test. The risk capital test was developed as an alternative to the Howey test, which state courts had borrowed from federal law.

In general, the risk capital test is broader than Howey. In other words, an investment may be considered a security under state law, and so subject to state securities regulations, even if it is not a security under federal law.

ICOs present a unique opportunity for blockchain developers to raise capital for their businesses and projects. However, such strategies are subject to significant legal risks, particularly the risk that a virtual token will be classified as a security, subject to state or federal registration requirements.

Developers considering offering tokens in an ICO should consult a knowledgeable blockchain attorney from Dilendorf & Khurdayan to understand how securities laws may impact an offering, and for help planning and implementing the offer.

Summary
Author
Max Dilendorf, Esq. and Rika Khurdayan, Esq.
Publisher Name
Max Dilendorf, Esq. and Rika Khurdayan, Esq.
This article is provided for your convenience and does not constitute legal advice. The information provided herein may not be applicable in all situations and should not be acted upon without specific legal advice based on particular situations. Prior results do not guarantee a similar outcome.
Facebook Twitter Linkedin Print Email