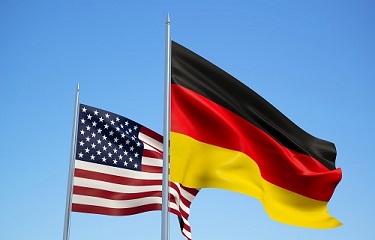 Why Germans Should Invest in U.S. Real Estate, But Not Through an LLC

Between April 2016 and March 2017, foreign buyers purchased a record $153 billion in residential real estate in the United States. Buyers from Germany were one of the top 10 groups of foreign buyers during that time. These investors were attracted to U.S. real estate for many reasons, but one that merits closer consideration is the favorable tax treatment available.

Under an income-tax treaty with the United States, Germany provides a tax exemption to its residents for income earned from U.S. real estate. That exemption enables German residents to earn U.S.-source income that is subject to tax only in the United States. U.S. taxation features several advantages over German taxes:

This article discusses these advantages in more detail, and offers a word of caution regarding the legal structure for Germans’ investments in U.S. real estate. Specifically, because of differences in how the U.S. and Germany treat U.S. limited liability companies (LLCs), Germans should avoid them. In their place, Germans should consider establishing a U.S. limited partnership.

Example: Ben is a German resident who is not a U.S. citizen. He owns rental real estate in the United States. The income Ben earns from his U.S. real estate could be subject to tax twice:

To alleviate the burden that such double taxation would impose, the United States and Germany entered an income-tax treaty in 1989. Under the treaty, only the U.S. may tax income from U.S. real estate. Germany does not tax the U.S.-source income, but does take it into account when determining the tax rate that applies to German-source income.

Thanks to the U.S.-Germany treaty, German investors can directly compare U.S. taxes and German taxes when considering whether to invest in real estate in one of the two countries. When they do, they will discover the following three advantages offered by U.S. real estate:

Long-term capital gains (LTCG) in the United States are taxed at reduced rates compared with ordinary income. LTCG are gains from the sale of capital assets, such as real estate, held for more than one year. The top rate on LTCG is 20%.

In contrast, capital gains in Germany are taxed at ordinary rates of up to 45%. Only if real estate has been held for more than 10 years will it receive favorable treatment—namely, the gain upon sale will be completely exempt from tax.

In general, U.S. taxes are lower than taxes in Germany. This is so for two reasons:

Another advantage of U.S. real estate is the ability to defer gain through what is known as a 1031 exchange. Typically, upon the sale of real property in the United States, the seller must pay tax on the gain realized—the difference between what the property sells for and its original purchase price (as reduced by depreciation).

However, section 1031 of the Internal Revenue Code allows taxpayers to defer recognizing such gain using a like-kind exchange. In a like-kind exchange, the seller reinvests the proceeds from the sale into property of “like kind”—e.g., real estate for real estate. As a result, the seller will not pay income tax on his or her gain until he or she later resells the newly acquired property.

Caution: Germans Should Avoid LLCs for Their U.S. Investments

Although investing in U.S. real estate offers these advantages for German residents, it also poses some traps for the unwary. For many American investors and others around the world, U.S. limited liability companies (LLCs) are the preferred legal structure for their U.S. holdings.

However, Germans should generally avoid LLCs, because Germany may treat the LLC differently for tax purposes than the U.S. does, causing the LLC’s income to be taxed twice.

U.S. and German tax laws both permit an LLC to be treated as an “opaque” entity—one that pays its own taxes, like a corporation—or as a “transparent” entity—one in which the owners pay tax on the entity’s income, as in a partnership.

In the United States, the owners of an LLC can choose which tax treatment will apply to the LLC. But in Germany, the government determines how to classify an LLC based on whether the LLC is more like a corporation or a partnership under German law.

Because of this risk, Germans investing in U.S. real estate should instead use a limited partnership, which both Germany and the United States tax as a transparent entity.

Germans remain one of the largest groups of foreign investors buying U.S. real estate. They do so for many reasons, not least of which are the tax advantages offered by the U.S.-Germany income-tax treaty and domestic U.S. tax law. However, German investors must be careful when investing in U.S. real estate to ensure that the holding structure they choose is appropriate for their investment and tax goals.

Tax Disclaimer: The information contained herein is general in nature and based on authorities that are subject to change. We do not guarantee neither the accuracy nor completeness of any information and is not responsible for any errors or omissions, or for results obtained by others as a result of reliance upon such information. We assume no obligation to inform the reader of any changes in tax laws or other factors that could affect information contained herein. This publication does not, and is not intended to, provide legal, tax or accounting advice, and readers should consult their tax advisors concerning the application of tax laws to their particular situations.