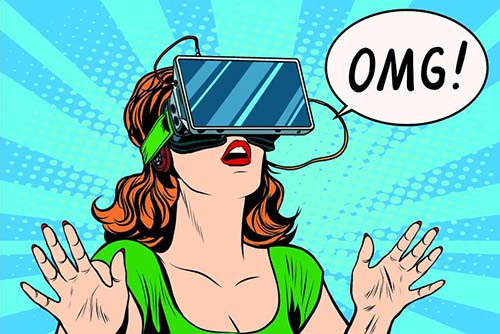 7 Common Myths About Selling Virtual Tokens in the United States

2017 saw the emergence of virtual tokens as a viable method of raising capital for blockchain businesses. But it also saw the development and spread of many dangerous myths about how U.S. law treats virtual tokens. Many of those myths continue to mislead companies interested in developing new tokens to this day. Most common misconceptions about token sales include:

As more government agencies begin to take a closer look at virtual tokens and how they fit into existing U.S. law, companies that rely on virtual tokens must be careful to ensure that their understanding of the law’s application is based in reality, not in myths like those above. To that end, this article debunks those seven common myths.

Myth: Utility tokens are never a security under U.S. law

Reality: Legally, there is no difference between utility tokens and security tokens. For both types of virtual token, the SEC and federal courts will apply the Howey test to determine whether the token is a security under U.S. law.

It makes no difference how the issuer labels the token or whether the token serves some function within a platform, or whether the platform is already functioning. If the token and project characteristics meet the Howey test, such token should be sold in compliance with securities regulations.

All tokens sold as part of fundraising used to develop a project or business venture are securities.

Myth: AML/KYC is unnecessary if tokens are not offered to U.S. investors

Reality: Anti-Money Laundering and Know Your Customer (AML/KYC) laws are separate from the securities laws that garner most of the attention in discussions of virtual tokens. In the U.S., the Department of Justice recently formed a cybersecurity taskforce to bolster AML/KYC rules for cryptocurrencies and virtual tokens.

But, like securities laws, such requirements cannot be avoided simply by refusing to sell tokens to U.S. investors, because many other countries have their own AML/KYC requirements.

In addition, without an effective AML/KYC process, an issuer has no way of knowing whether its buyers are U.S. investors.

Myth: To offer or sell tokens in the U.S., they must be registered with the SEC

Reality: This myth is partially true, but it leaves out a significant exception. If a virtual token is a security under U.S. law, it must be registered with the SEC unless it qualifies for an exemption from registration. Most securities offerings in the U.S. are done under an exemption, rather than following registration.

For token issuers, two of the most important exemptions available are Rule 506(c) under Regulation D and Regulation S. Using these exemptions, an issuer can prepare a virtual-token offering that complies with U.S. law in around just three weeks.

Under Rule 506(c), issuers can engage in general solicitation, meaning they can openly advertise their token sale online. They can also raise an unlimited amount of funds, and do not need to prepare a formal prospectus or separately comply with state securities laws. However, issuers may only sell their tokens to accredited investors (discussed in more detail below), and those investors are restricted from reselling their tokens for one year.

Rule 901 of Regulation S exempts offers and sales of securities that occur outside of the United States. Although the SEC has never clearly explained when an offer or sale occurs outside the United States, it has provided a safe harbor for issuers under Rule 903. By following Rule 903’s requirements, an issuer can ensure that its sales of tokens to non-U.S. investors will be exempt.

Importantly, an issuer can engage in simultaneous offerings under Regulation D (for U.S. investors) and Regulation S (for non-U.S. investors), although they must take some precautions in doing so to ensure their offerings qualify for each exemption.

Reality: Projects offering and selling virtual tokens pursuant to Regulation D do not undergo registration with SEC, do not obtain approval from SEC and do not submit any documents to SEC, except for a short notification, known as Form D. Form D must be filed within 15 days after the first sale and merely notifies SEC that the issuer is relying on exemption from registration in selling securities to U.S. investors.

Form D contains brief information about the company and its executive officers, identities of any brokers or promoters used in connection with the sale, the specific exemption used, the amount of the securities sold and the date of first sale.

Myth: Issuers can only sell to professional or institutional investors in the U.S.

Reality: This myth comes from the phrase “accredited investor” used in Regulation D and other securities laws. But the definition of accredited investor is not limited to professional or institutional investors. Instead, it includes any individual who:

Thus, token issuers can offer and sell digital tokens to both individual investors and entities under Regulation D, as long as the investors meet the accreditation test. No prior investment experience is necessary.

Reality: The concept of a Simple Agreement for Future Tokens (“SAFT”) was originally proposed in a whitepaper (the “SAFT Whitepaper”) released during October 2017. In a token sale using SAFTs, investors do not buy the tokens themselves, but pay for the issuer’s promise to deliver tokens to the investor when the tokens are released in the future.

Unfortunately, some have misunderstood the arguments presented in the SAFT Whitepaper, and mistakenly believe that using a SAFT eliminates any concerns about securities laws. In reality, the SAFT, itself, is a security. That means that it cannot be offered or sold in the United States unless it is registered with the SEC or an exemption applies.

Myth: Tokens issued under a SAFT are not securities

Reality: Another myth has developed around the SAFT Whitepaper—that tokens issued pursuant to a SAFT are never securities. But, as discussed above, whether a virtual token is a security or not depends on the Howey test.

The SAFT Whitepaper attempts to bridge the gap for projects that intend to build a truly decentralized network between fundraising stage of the project and operational stage at which tokens do not have security features. Merely using SAFT does not transform a security into a non-security. If the tokens that are issued pursuant to SAFT have features of securities, such tokens should be treated as securities, whether or not SAFT was used.

The rapid development of the virtual-token market over the last 18 months has been beset by a wide range of legal myths, including the seven debunked above. To gain a clear understanding of how the law applies to virtual tokens and keep abreast of legislative and regulatory changes, virtual-token issuers should work closely with an experienced blockchain and securities attorney.