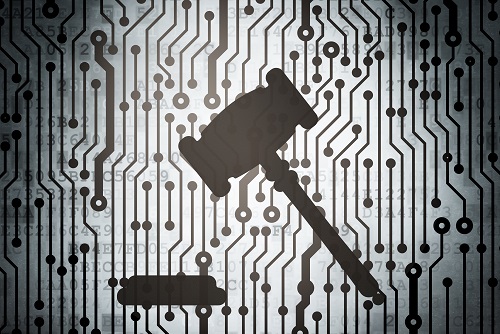 An Overview of the Laws Governing Virtual Tokens

In July 2017, the Securities and Exchange Commission (SEC) released an investigative report on DAO Tokens, a virtual token, finding that they were securities under a 1933 federal law. But the SEC was not the first government agency to assert jurisdiction over the burgeoning virtual-token market based on long-standing laws, and it won’t be the last.

As virtual tokens have become more prominent as tools for raising capital, various state and federal agencies in the U.S. have moved to exercise regulatory authority over them. Even without new laws that specifically target virtual tokens, the laws and regulations governing them are many and complex, including:

These five areas of law and the consequences for violating them are explored in more detail below.

The Securities Act of 1933 and the Securities Exchange Act of 1934 govern the offer, issuance, and resale of securities throughout the United States. In its report on DAO Tokens, the SEC made clear that virtual tokens could be securities under these laws.

The most fundamental rule of the federal securities laws is that securities must generally be registered with the SEC before they can be offered or sold, an onerous process in terms of both time and money.

Failure to register a security with the SEC can result in civil and criminal liability for the seller. If the seller is an entity, then any individuals who control that entity will be jointly and severally liable with it.

Failure to comply with the federal money-services laws is a federal crime punishable by hefty fines, imprisonment for up to five years, or both.

Commodities in the United States are regulated by the Commodity Exchange Act (CEA). The Commodity Futures Trading Commission (CFTC) has regulatory authority under the CEA, and has stated that virtual currencies are commodities. The CFTC’s reasoning likely also extends to virtual tokens.

In general, the CFTC exercises enforcement jurisdiction in cases involving derivatives contracts or fraud or manipulation affecting interstate commerce. Certain financial instruments must also be registered with the CFTC before they can be sold. Violations of the CEA can result in civil or criminal liability.

In addition to the federal securities laws described above, each state also has its own securities regulations, commonly referred to as blue sky laws.

Although many states’ definitions of a security track that used in the federal law, still others use a broader test. In short, even if a virtual token is not considered a security subject to registration under the federal Securities Act, the states in which it is offered may consider it a security and require state registration.

Finally, the offer, marketing, and sale of virtual tokens are subject to state and federal consumer-protection laws. These laws protect against fraud, false advertising, and other deceptive acts or practices. The penalties for violating such laws vary by state, but often include one or more of the following: double or treble damages, attorneys’ fees, court costs, or criminal prosecution.

Although Congress, state legislatures, and regulators have been slow to adopt new laws or regulations addressing virtual tokens, such tokens are nevertheless subject to a wide range of existing laws and regulatory regimes. Developers entering the market must be mindful of these diverse laws and careful to comply with them.

For help doing so, developers should turn to the expert lawyers of Dilendorf & Khurdayan, a New York City law firm that represents clients in connection with token generation events (also known as initial coin offerings or ICOs), providing a comprehensive overview of, and robust plan for compliance with, applicable state and federal law.