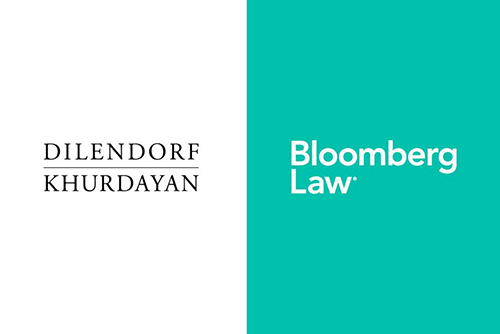 Blockchain projects are turning to dual token structures, using security tokens for the part of the project and utility tokens after . Attorneys from Dilendorf Khurdayan PLLC discuss nuances.

Dual token structures have gained popularity among some blockchain projects that are issuing or planning to issue digital tokens, commonly referred to as “utility tokens,” to be used within their networks.

Dual token structures vary, but share the same concept; they introduce two types of tokens – tokens that are used to raise capital (security tokens) and tokens that are meant to be used within the network/platform (utility tokens). The idea behind dual token structures is to resolve some of the regulatory uncertainty surrounding the use of the same tokens on the platform (within the network) as were initially issued at the fundraising stage of the project.

The U.S. Securities and Exchange Commission (SEC) has long taken the position that utility tokens offered at the fundraising stage of a project are securities for the purposes of U.S. law.

In February 2018 SEC’s Chairman, Jay Clayton, said “I believe every ICO I’ve seen is a security.” In June 2018, he reiterated his view that most initial coin offerings (ICOs) are securities offerings. He explained that if any digital token is exchanged for value to fund a project, and there is an expectation of possible return, such token constitutes a security and the offering and sale of such token is regulated by the SEC.

Since the summer of 2018, references to ICOs have been morphing into what is now perceived to be a more accurate designation — security token offerings (STOs). In this Insight we refer to the offering and sale of digital tokens used to raise funds as STOs. STOs may include sales of utility tokens during fundraising and sales of security tokens that are intended to remain securities.

On June 14, 2018, Director of the SEC’s Division of Corporation Finance, William Hinman, gave a memorable speech expanding on the issue of the dual nature of digital tokens. Hinman distinguished the tokens that have inherent features of securities (e.g. financial interest in an enterprise, such as dividends or profit distributions) from the other type of tokens that may lose their securities status if or when: (1) their subject network becomes sufficiently decentralized or (2) such tokens are sold as consumer items (to purchase goods or services available on the network).

Hinman considered that the legal analysis of whether a digital token transaction is an offering and sale of securities should be careful and fact-specific, stating that “even digital assets with utility that function solely as a means of exchange in a decentralized network could be packaged and sold as an investment strategy that can be a security.”

He listed some of the factors for such analysis (discussed below) and added that “the analysis of whether something is a security is not static and does not strictly inhere to the instrument.” So, presumably, an asset may acquire and lose a security status over time -– and not only once.

Hinman’s speech led to uncertainty in the blockchain community, particularly for utility token issuers, about which digital asset is and which is not a security, and at what point in time the status changes.

As mentioned above, even utility tokens that have consumptive value and are designed to be used within the issuer’s network almost certainly fall within the U.S. legal definition of securities, especially if they are issued at the fundraising stage. If the tokens continue being securities, their transferability within their network may be severely limited, which may significantly undermine the network’s operation.

Conversely, a digital asset that is not a security does not fall within the SEC’s regulatory scope and should be freely transferable between users of a developed network or platform.

Some practitioners believe that utility tokens have an inherent dual nature and should not be considered securities in purely consumer or commercial transactions within a network, regardless of whether such utility tokens were sold in an STO as securities.

But how can a utility token issuer be certain that its tokens are not traded as unregistered securities in violation of U.S. law?

Guidance on this subject is limited because the SEC and U.S. courts have not sufficiently addressed this issue in official regulations, guidelines or precedents. The views of Chairman Clayton and Hinman, although valuable insights from the top-ranking SEC officers, do not necessarily represent the official position of the SEC.

Still, Hinman emphasized during his speech that the analysis of whether a token is a security is not static and depends on many factors. And the pivotal consideration here is the manner of sale of the utility tokens and the reasonable expectations of the purchasers.

Director Hinman listed several non-exhaustive factors helpful to determine whether the token is offered as a utility token or as a security.

Hinman argues that one should look at whether: (a) the token is designed to meet the users’ needs vs. feed speculation; (b) the token price is set by independent actors or whether the issuer is influencing the secondary market; (c) the purchasers’ primary motivation is personal use or consumption as opposed to investment intent; (d) the token distribution is tailored to meet the users’ needs (e.g. small, necessary-to-use amounts vs. mandatory extensive holding periods that would suggest investment purpose); (e) the tokens are offered to potential users vs. the general public; (f) the tokens are widely dispersed vs. concentrated in few users who can influence the platform; and (g) the platform is functioning vs. in early stages of development.

Thus, the status of a utility token in the U.S. is not set in stone -– it may vary in time and will depend not only on the token’s structure but also on the circumstances of its acquisition and use.

As an aftermath of the deliberations, largely triggered by Hinman’s speech, dual token structures have gained popularity in the token community’s attempt to support the unrestricted use of utility tokens within a developed network (see e.g., MintHealth, EpigenCare, VMC). Dual token structures aim to remove utility tokens from the fundraising stage of a project and to, instead, introduce them separately from the fundraising, so that they can be used on the platform.

At the same time, for fundraising purposes, projects issue security tokens that will always remain securities. A security token in a dual token structure may represent different security features: from profit sharing to equity or debt. For example, a token can represent non-voting preferred equity or a convertible note.

Dual-token-structure models have evolved over the last few months. However, as discussed below, issuers should be cautious to ensure that a particular dual token structure is effective.

Arguably, rights to both token types are offered during an STO in exchange for investors’ funds, so an investment intent may be present. Take, for example, the SEC’s reasoning in the recent Tomahawk Order, in which it concluded that bounty programs constitute sales of securities.

To avoid the regulatory uncertainty associated with selling rights to utility tokens during fundraising, projects can try to completely separate their utility tokens from their security tokens.

Maintaining Utility Status from Day One is Key

Of course, an indispensable condition for every dual token model is that the introduced utility tokens must not have features that would qualify them as securities under U.S. law. The “utility” status of such tokens should be established and effectively maintained from day one and cannot at any point spill over into “security” status.

The fact that an asset, whether digital or not, exhibits such “utility” features does not preclude the SEC or courts from determining that it is a security subject to registration requirements. For example, in Hinman’s June 2018 speech, he referred to the widespread sales of whiskey interests in the U.S. in the late 1960s. Although the money was invested in actual barrels of whiskey (which undeniably serve a function), the SEC and federal courts nevertheless concluded that the sales constituted offerings of securities in violation of U.S. laws.

Issuers should structure their token models especially diligently in the face of the SEC’s recent heightened enforcement activities in the blockchain field. In September 2018, the Co-Director of the SEC Division of Enforcement, Stephanie Avakian, warned that the Enforcement Division “will likely recommend more substantial remedies against [token] issuers that fail to comply with the registration requirements” and that the Division was “looking beyond the issuers of ICOs.”

AirFox’s tokens were deemed securities despite the fact that the company required purchasers to agree that they were buying the tokens strictly because of their utility value (being a medium of exchange for mobile airtime). Paragon’s plan to build an entire ecosystem around their PRG tokens in the future only supported the SEC’s conclusion regarding the tokens’ status as securities.

Token issuers who offer or sell their tokens to foreign investors in reliance on Regulation S must also be careful to comply with that regulation’s anti-flowback provisions. More specifically, such companies must take all reasonable steps to prevent any resales of tokens that can be considered securities under U.S. law to any U.S. persons. Utility token issuers often overlook that such selling activities may include listings on offshore “utility” token exchanges.

Issuers should make sure that no tokens that can potentially be treated as securities are sold to any U.S. investors, including via offshore “utility” exchanges. Reasonable steps for issuers would include confirming that such exchanges have sufficient vetting procedures in place, such as mandatory KYC checks to exclude U.S. persons.

Dual token structures may be a useful tool for issuers of utility tokens and may enable blockchain companies to raise capital and run their networks in compliance with U.S. securities law. Not all dual-token-structure models, however, may effectively serve this goal.

To be effective, each dual token structure, and especially its utility token component, should be carefully crafted. Attorneys and other market participants involved in setting up dual token structures should undertake a careful fact-specific review process, because the analysis of what constitutes a non-security “utility” token is fact-sensitive and versatile.

Rika Khurdayan is the founding partner of Dilendorf Khurdayan PLLC. Over the years, she has advised a variety of clients, including emerging companies, private equity and venture capital funds, private companies and family offices in their development, acquisition, investment and disposition strategies. Khurdayan’s current practice focuses on blockchain, virtual currencies, digital security offerings and tokenization of assets.

Gleb Zaslavsky is a senior associate attorney at Dilendorf Khurdayan PLLC. His practice involves investment and startup structuring and support, international and domestic corporate transactions in the blockchain and other tech industries, and venture capital. Zaslavsky assists entrepreneurs, businesses, venture investors and startups at all stages of raising capital in the U.S., including security token (digital security) offerings and private equity financing of blockchain projects.